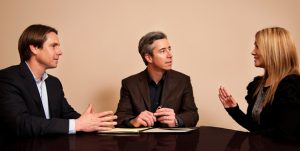 Every country in today’s society has laws that are established within their country that they must follow. If people do not follow these rules then they face the appropriate consequences for disobeying them. Some countries are run similar and others are run very differently. There are two major traditional laws which are civil and common law. These are the two most frequent laws throughout the world. Civil is the most familiar amongst countries especially in Europe and Asia. Common law is more natural amongst North America. Both of these were historically established many years ago. There are several differences between the two laws but they do overlap with some similarities also.

The term civil law derives from the Latin word ius civile, the law applicable to all Roman citizens. This was established in the sixteenth century. Europe was the first to adopt this law and almost all of Europe taught this at all their universities. Civil law is considered codified. Each civil law country has their own codes to determine the different punishments for each of the categories of law. Some examples of these codes are procedural, substantive, and penal. Procedural law determines what actions constitutes a criminal act, substantive law establishes which are required of criminal or civil prosecution, and penal law decides the proper penalties. It is the judge’s job to gather the facts of the case and distinguish the correct codes that apply to the case.

The main countries that civil law is in today are China, Japan, Germany, France, and Spain. Each of these countries has a written constitution. One major difference between civil law and common law is that it is required for the country to always have a written constitution. On the other hand common law doesn’t always have one. An issue that one can argue is that civil law is not as effective because it is broken up into different codes and not just one whole. But civil law having several codes to put input into these issues helps with a final decision.

Common law is similar but also very different from civil law. This law is uncodified which means there is no compilation of legal rules and statutes. These laws are also known as case laws or precedent. A key difference between the two laws is that the common laws have been developed based on results that have occurred in older court cases. For example, when there is a case that the parties disagree on then they refer back to precedential decisions of relevant courts and follow the reasoning used by those courts. It is considered more complicated than many other simplified systems because there are several different courts within the system but not all have the same power of jurisdiction. Some courts having more powers than others can cause issues within these rules because not everyone has an equal say.

Common law was established in the middle ages in the King’s Court. It exists in the United States today but its origin is England. It mainly exists in North America but is also spread amongst a few other countries. It was adopted by the states following the American Revolution. There were many guidelines throughout the world during this time but common law took dominance during the seventeenth century.

Most countries are based off some sort of tradition from that past. These two laws, common and civil, were both established around the sixteenth century. They have shaped the way most countries make their judicial decisions. Countries in South America, Europe, and Asia follow civil law which was founded in the sixteenth century by the Romans. Civil law is codified which means they have continuously updated legal codes that apply to all issues that could be brought up in court. Countries in North America and several in Africa follow the common law which was founded in the late Middle Ages in England. Common law is mainly based off of precedent decisions made by judges and are maintained through records of the courts. These laws are what shape countries’ societies today.

© 2016 Get Me an Online Degree . All Rights Reserved
SKT Online Coach